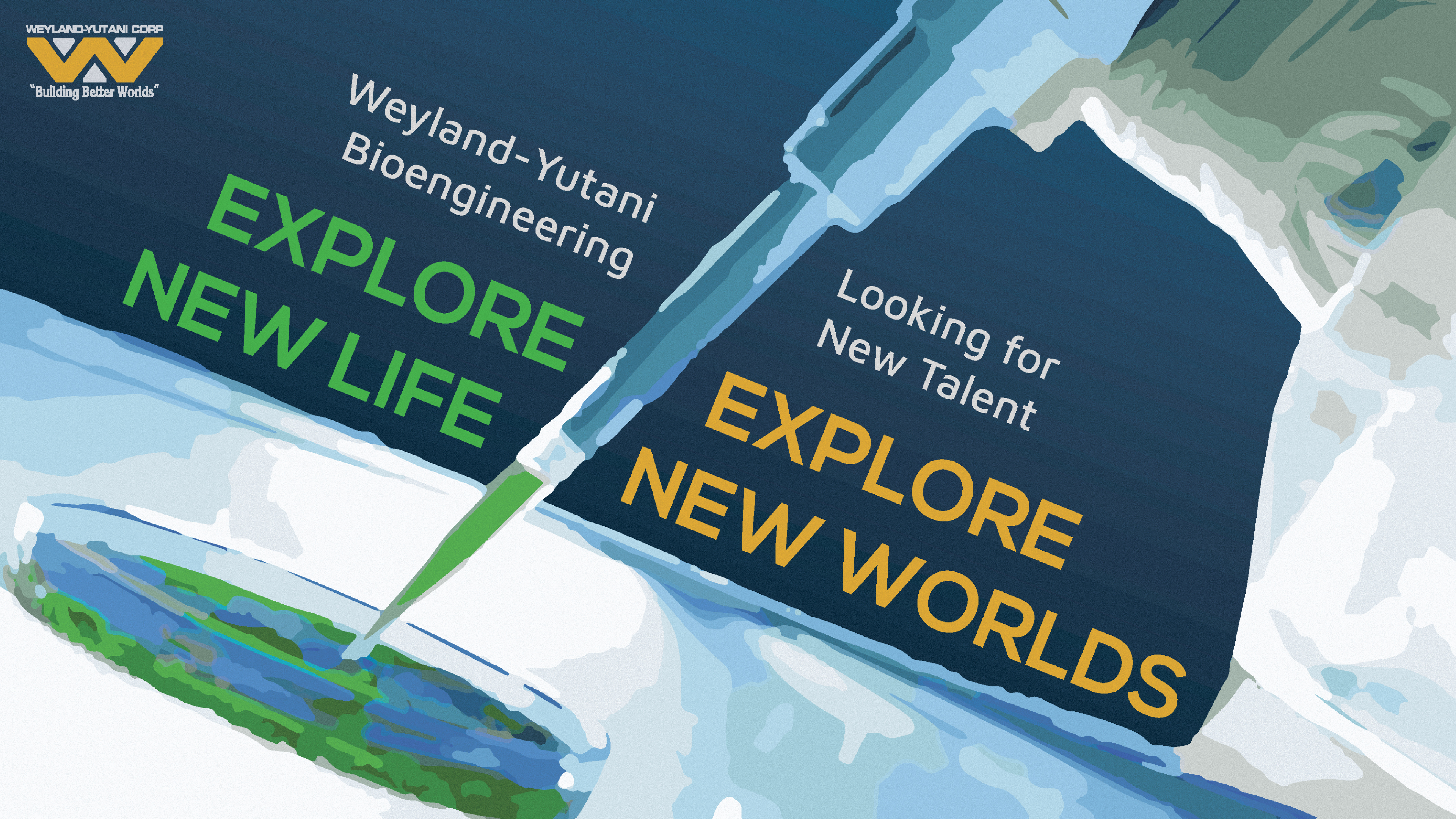 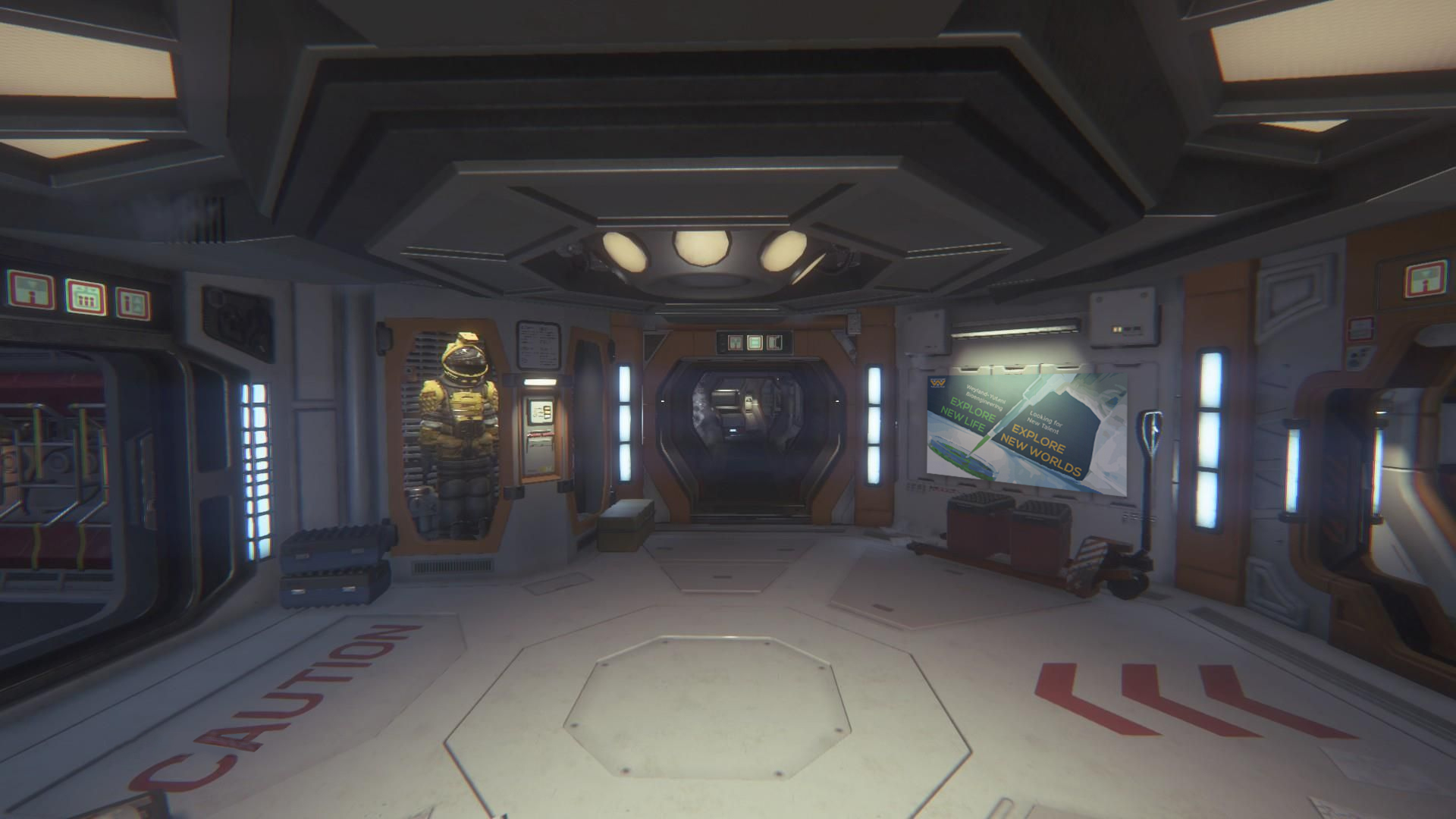 While I had some trouble coming up with settings for my story initially, I chose to set it in the world of the Alien movie franchise. Specifically, in the spin-off videogame Alien: Isolation. My goal was to try and bring that feeling of wonder and horror from the game into my story. It’s something that is essential to the Alien movies and videogames, as it keeps the viewer/player interested and involved with the story. The more intense the horror and struggles are, the more intense the final triumphs feel. It is emotionally rewarding in a way.

I knew I had to find some way to really get the player to relate to the story I was going to tell. Just some text logs weren’t going to be enough, most people skip reading those things or only read up on them after they’ve completed the game. I wanted to really bring my story to life and engage the player with it, both when found on location in the game as when heard separately from it entirely. I decided to make the primary medium for my story audio logs that would be strewn throughout the game.

I had to figure out who my characters and protagonists were, what their goals would be and how they would be affected by the situation aboard the space station. I brainstormed about this a few times with classmates and made a Pecha Kucha presentation on my final storyline. This process really helped me get a feel for the story I wanted to tell when it came to writing the script.

When it came to actually recording the audio logs, it turned out to be a lot more work, and a lot more expensive, than I had anticipated. Due to my limited budget I couldn’t pay the voice actors to record all of the logs, so I decided to do log 1 through 4. This would still mean I’d get the twist in the story in, but also sadly meant that the ending would be stuck in the script phase.

Additional media could be anything from in-game text logs referencing the characters to a marketing campaign with posters that could be applied both inside the game itself and out in the real world. I even considered hidden packages in real life with some free merchandise and  cryptic hints at the story in Alien: Isolation as a sort of Alternate Reality Game. I ended up going with a poster as my primary media turned out to be more work than I had expected. I worked to keep the poster I designed in the style of graphic design found in the Alien franchise, while trying to make it different enough from the existing posters found in-game in order to draw attention to it. The goal of the poster is to make people curious about the story behind it, so that when players find the audio-logs it all connects to bring my story to life. The idea being that the more elements of the story reach the player in different forms, the more real it will feel.

Reflecting on the six features of transmedial storytelling, I’ll summarize my work in regards to each:

This project is unlike anything I’ve done before in terms of telling stories. Not only did I create a story, but I also got it to the point where it’s more than just an idea. I’ve tried some very lame fan-fiction before, but that never really went anywhere since I just didn’t build up my characters and story goals enough to really make it interesting. The frameworks and processes we’ve learned over this semester have really helped in that regard. I now feel more confident in my ability to build, execute and communicate stories. It also helps that even one of the voice-actors got pretty excited about working on this script.